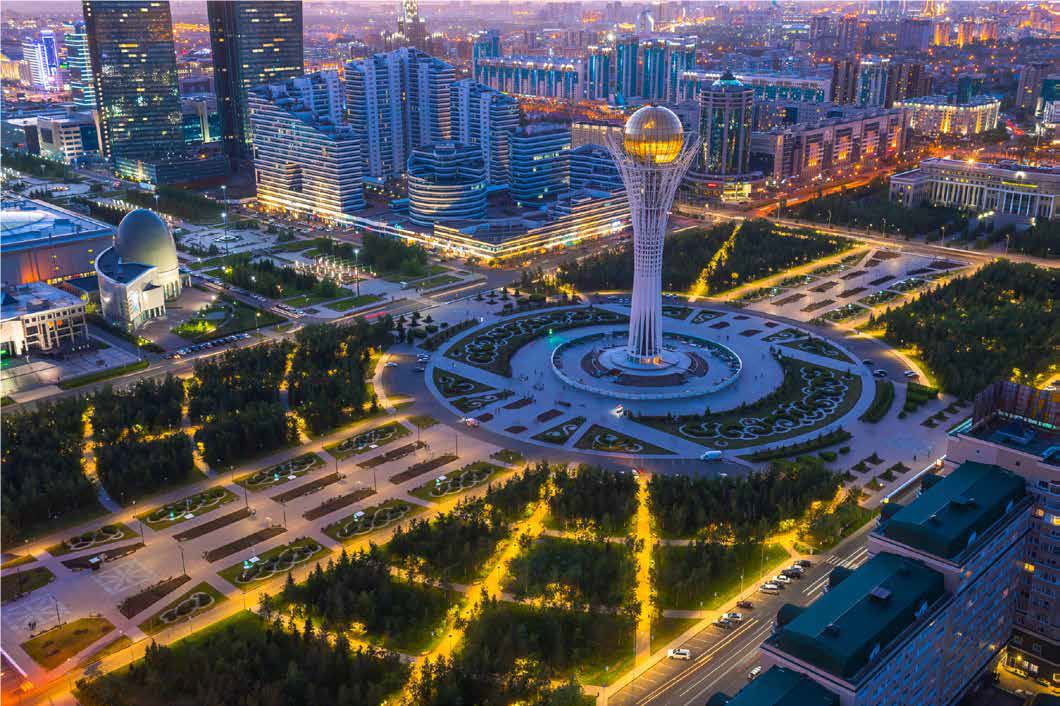 Foreign investors, whether large multinational companies or smaller size regional investors, corporate or private investors, often consider in which country to invest and/ or establish its initial presence for the region as a whole.

Quite often, they choose Kazakhstan out of the countries in Central Asia (which encompasses five countries: Kazakhstan, Kyrgyzstan, Tajikistan, Turkmenistan, and Uzbekistan), and sometimes out of the larger region of Central Asia and the Caucasus as well (whereas the Caucasus encompasses three countries: Armenia, Azerbaijan, and Georgia). This is especially the case due to recent geopolitical events within the CIS, and now there is more need to have a regional ‘hub’ entity for Central Asia or for the larger Central Asia and Caucasus. The reasons why investors quite often choose Kazakhstan are of course considered in combination, and some of them are highlighted further.

OUT OF THE EIGHT COUNTRIES MENTIONED IN THE REGION, KAZAKHSTAN HAS BY FAR THE LARGEST TERRITORY being the ninth largest in the whole world. Geographically, Kazakhstan is located next to Russia, China, other Central Asian countries, and the Caspian Sea. The key China-Europe railroad route and automobile roads pass through Kazakhstan. Kazakhstan also has ports on the Caspian Sea, such as in Aktau city, from where there is a connection to the port of Baku and other Caspian Sea ports. All this makes Kazakhstan quite attractive both as a market to import and sell as well as a sourcing country for the production of goods and further supply in the region.

KAZAKHSTAN HAS BY FAR THE LARGEST GDP, AND, IMPORTANTLY, THE LARGEST GDP PER CAPITA, which means the purchasing power of the population is relatively high, a good indicator as a consumer market.

KAZAKHSTAN HAS THE SECOND-LARGEST POPULATION WITH 19 MILLION PEOPLE and borders (is in immediate proximity to) Uzbekistan that has the largest population of 35 million. This makes Kazakhstan quite attractive from the consumer market perspective, both for its own market and proximity to other large markets, to which supplies can be easily organized logistically from Kazakhstan.

KAZAKHSTAN IS A MEMBER OF THE EURASIAN ECONOMIC UNION (EAEU), which is also an advantage from both the market perspective and from the potential production perspective. Goods produced in Kazakhstan (or imported to Kazakhstan from third countries) can be further exported to other EAEU markets, such as Russia and Belarus, as well as Armenia and Kyrgyzstan, without any customs procedures due to the common customs territory within the union. Further, from the labor market perspective it is also an advantage that Kazakhstan companies may employ citizens of the EAEU member countries without any work permits.

KAZAKHSTAN HAS A DEVELOPED BANKING SYSTEM with quite a few Kazakhstan commercial banks that have good international credit ratings and some of them with their Global Depository Receipts (on listed on the London Stock Exchange. Further, the share of cashless payments (e.g., via bank cards or otherwise) in the economy/retail is quite high in Kazakhstan. This also makes Kazakhstan attractive both from the consumer market perspective and from the fintech products perspective.

KAZAKHSTAN HAS THE LOWEST RATE OF VAT, AT 12%. This allows it to keep retail prices for customers/end users at a lower level and/or keep higher margins for producers/sellers. On the other hand, the rate of CIT (Corporate Income Tax) in Kazakhstan (which is 20%) is not low, while comparable to CIT rates around the world. However, for certain types of business/activities there are zones/mechanisms in Kazakhstan that provide for CIT exemption for a certain period and other tax exemptions. For example, there are several Special Economic Zones each with a set purpose and list of priority activities (including production and others). There is a possibility to conclude certain investment contracts with the government. There is the Astana Hub international technology park for IT companies, which provides very significant tax benefits in addition to CIT exemption, including exemptions from certain payroll taxes. There is also the Astana International Financial Centre (AIFC), which also provides certain tax benefits and overall has a legal framework similar to those of well-known international financial centres (such as the Dubai International Financial Centre).

KAZAKHSTAN ALSO HAS THE LOWEST RATE OF PERSONAL INCOME TAX, AT 10%, AND QUITE LOW EMPLOYER SOCIAL TAX ON PAYROLL (9.5%), which makes Kazakhstan quite attractive from the employment perspective too,and from the perspective of expatriates becoming Kazakhstan tax residents.

Kazakhstan also has a National Fund, which receives funding from surplus tax revenue from certain oil and gas fields and mineral resources. It acts as a stabilization fund to lessen the impact of volatility of commodity prices on the Kazakhstan state budget and economy. The Kazakhstan National Fund has thus helped the economy during various financial and economic crises in the past.

KAZAKHSTAN ALSO FEATURES A QUITE HIGH LEVEL OF DIGITALIZATION OF GOVERNMENT SERVICES and of interactions of businesses and the public with various state authorities; and further digitalization is quite high on the government’s agenda. The government also aims for further reforms, including diversification of the economy from natural resources and other initiatives.

Thus, a combination of convincing factors, some of which are highlighted above, makes Kazakhstan quite a frequent country of choice to invest in and/or to establish a first presence in for the whole region of Central Asia and the Caucasus.

Arrange a meeting with us

SEND US AN E-MAIL

This will close in 20 seconds