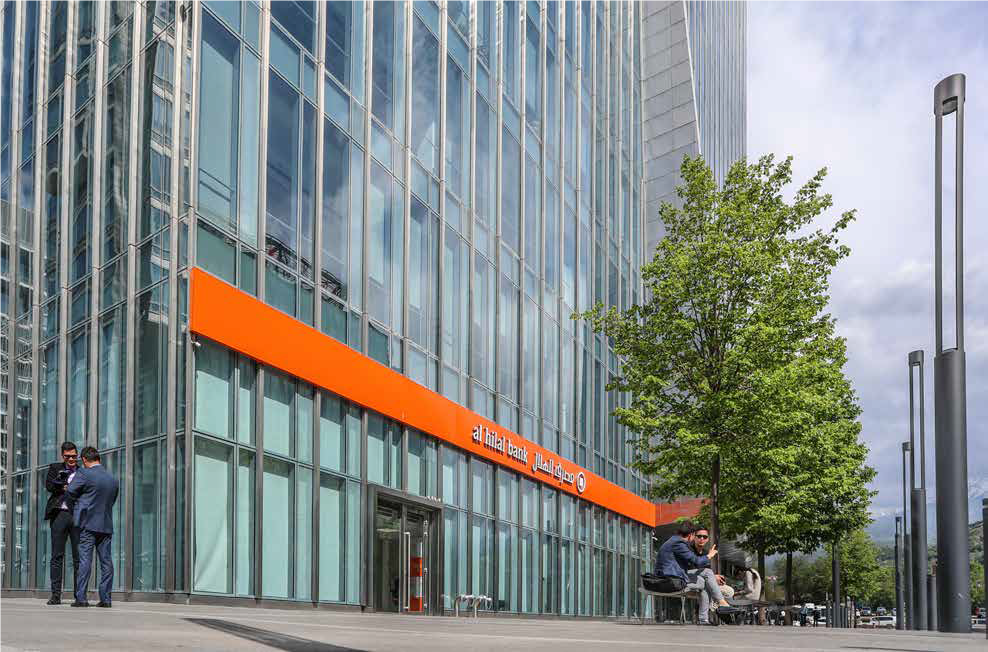 The contemporary history of Islamic finance around the world can be divided into three stages: a founding period during the 1960s, a formative period from the establishmentof the first Islamic bank (Dubai Islamic Bank) in the 1970s, and a development period from 1990 onward.

The history of Islamic finance in Kazakhstan, on the other hand, is somewhat shorter and corresponds with this socalled development period and with the country’s own period of independence. It began in the 1990’s with the initiatives of the government of Kazakhstan and the First President to foster an Islamic finance industry in the country. The first steps included Kazakhstan becoming a member of the Islamic Development Bank in November 1995 and the establishment of the IDB’s regional office in Almaty in 1998.

Serious steps toward the establishment of an Islamic finance framework only began in the late 2000’s when the government passed a law in February 2009 to amend various other pieces of legislation. The key amendments were to the Law on Banking (to create a legal and supervisory framework for Islamic banking), the Law on the Securities Market (to permit the issuance of Islamic securities), and the Law on Investment Funds (to include the possibility of creating Islamic investment funds). Importantly, the Tax Code also needed some specific amendments to put Islamic finance products on an equal footing with conventional finance. Further work is still required to better facilitate other Islamic finance products, which are disadvantaged versus similar conventional finance products owing, for example, to VAT treatment, property tax issues, and some uncertainty around accounting for Islamic finance transactions.

Most recently, the Astana International Finance Centre (“AIFC”) has included Islamic finance as one of its key areas for development and recently published its Islamic Finance Master Plan for the Republic of Kazakhstan 2020-2025. The AIFC has also taken significant steps to promote and foster training and education in the Islamic finance sector.

Although some of the conventional banks in Kazakhstan accessed the international capital markets via various Islamic products in the mid to late-2000s, there was by that time still no Islamic financial institution operating in the country. Al Hilal Islamic Bank, a subsidiary of Abu Dhabi-based Al Hilal Bank and now part of the Abu Dhabi Commercial Bank Group, started operations in Kazakhstan in March 2010. Al Hilal was the first Islamic bank in Kazakhstan and the entire CIS region. During its first seven years of operation, Al Hilal Bank focused on corporate banking. In 2017, it launched a retail business for individual customers, with branches in Almaty, Nur-Sultan, and Shymkent. It offers a full suite of Shariacompliant banking products to its corporate and individual customers.

In 2017, the second Islamic bank began operations in Kazakhstan. At that time, Zaman Islamic Bank, first established as a conventional bank in the early 1990s, converted its banking license to an Islamic banking license. It also now offers services and products to both corporate and individual customers from branches in Nur-Sultan, Almaty, and Ekibastuz.

Like Al Hilal Bank, Zaman Bank is a Tier 2 bank, regulated by the National Bank of Kazakhstan (“NBK”) and The Agency of the Republic of Kazakhstan for Regulation and Development of the Financial Market (“FinReg”).

While Islamic banking has become much more common in countries around the world, many people are still not familiar with the specifics of Islamic banking products. This is true in Kazakhstan too, despite more than a decade of active Islamic banking operations in the country.

To help overcome this lack of knowledge, the remainder of this article contains an overview of some key products that are available to corporate and individual banking customers and how they work.

Islamic banks in Kazakhstan offer current accounts and card accounts that operate in much the same way as those of conventional banks.

Islamic deposit products, on the other hand, are structured differently. They are based on the principle of partnership and risk sharing, which is agreed on by the bank and the depositor. Unlike a conventional bank, an Islamic bank offers to invest on a partnership basis. The client provides the bank with funds for management, and the bank, using its knowledge and investment experience, invests those funds in creditworthy businesses or projects with the subsequent sharing of profits with the client. Thus, bank depositors become not just deposit holders but investors in the underlying businesses or projects. These investee businesses in which the bank directs the funds of investors must meet a number of stringent requirements of creditworthiness, profitability, reliability, and compliance with the principles and rules of Sharia. Islamic banks typically offer both Mudaraba deposits and Wakala deposits. Both are products involving effective investment in underlying businesses or projects, with profits deriving from investment in real businesses of Kazakhstan’s economy.

Islamic banks also offer both secured and unsecured financing products, which permit customers to purchase homes or consumer goods. These products are typically structured on a Murabaha basis, whereby the Islamic bank purchases the properties or goods and then sells them with profit to the customer on an instalment basis. To compensate for its risk in the transaction, the Islamic bank charges a transparent mark-up on the total price, which the customer pays over the term of the transaction.

One of the most common products for corporate customers is Commodity Murabaha transaction. This is a financing transaction for the amount requested by the customer based on purchase and sale, whereby the Islamic bank purchases a commodity from a broker and sells it to the customer through a Murabaha agreement through a deferred purchase price arrangement, with an established, transparent markup. The customer then sells the commodity to a third-party broker through the Islamic bank, which acts as the customer’s messenger. After completing this second sale, the Bank credits the proceeds from the sale of the commodities to the Customer’s account. The customer pays the deferred purchase price to the bank according to the agreed schedule.

Other common structures used by Islamic banks include goods Murabaha and Ijara, typically in connection with the acquisition of equipment or other fixed assets. The goods Murabaha is similar to the structures used in retail financing transactions described above – the Islamic bank purchases the particular equipment or good and then sells it on an instalment basis to the customer, including a mark-up for the bank’s participation and risk in the transaction.

An Ijara, on the other hand, is akin to a conventional leasing transaction to some extent, under which the Islamic bank purchases the property and then leases it to the customer. During the term of lease, the bank retains full ownership of the property the subject of the lease and bears all risk associated with ownership. Usually, at the end of the leasing transaction, ownership of the property or equipment is transferred to the customer. Rental payments under the Ijara will include the cost of the asset (the fixed element) as well as the profit of the bank (the variable element) and other expenses the supplementary element).

For a property which does not yet exist or is under construction, a forward Ijara can be used, with the specifications and description of the property being specified before ownership by the bank. Rental payments start when the property becomes available for use by the Customer. In this case, the Islamic bank purchases the asset through an Istisna agreement. Sometime the bank may appoint the customer as its agent for inspection during the construction and manufacturing process, and during delivery, installation, and commissioning of the asset, in order to ensure the asset meets the specifications and description of the leased property under the lease agreement.

Islamic banks generally provide financing to most sectors of the economy, except for those sectors or products that do not comply with the principles and rules of Sharia, including tobacco and alcohol production, gambling, weapons and
ammunition.

Owing to the general lack of awareness of Islamic banking products in Kazakhstan, there are also some prevailing “myths” that are worth addressing.

An Islamic bank is a commercial entity that operates in accordance with the rules and principles of Sharia. It should be profitable and safe while working to increase the funds of depositors, shareholders, and investors. The absence of interest charged on an Islamic financing transaction does not mean that this financing is free. According to Sharia, usury and charging interest on loans are prohibited. Therefore, unlike conventional banks, Islamic banks do not offer loans but utilize trade, leasing, and partnership structures while avoiding speculative components.

Any person, regardless of religion, can become a client of an Islamic bank. Religion is not the only reason for using Islamic banking products. Many clients choose Islamic banks because of their reliability, especially in a period of instability in the economy, since they are careful and conservative in choosing financing projects, investing only in real
sectors of the economy, and are not involved in speculative transactions. In this connection, they can be more reliable in the long term. There are, of course, also a share of clients for whom it is important that the bank adheres to the principles of Islam. For such clients, an Islamic bank allows them to use the products of modern banking, without violating their moral and ethical principles.

Arrange a meeting with us

SEND US AN E-MAIL

This will close in 20 seconds